Safe Vaping For All

When it comes to vaping you will have no doubt have seen some pretty damning deadlines. There will have been dramatic explosion stories, stories of vaping causing popcorn lung and more. We’ll go through all of these below. This piece is about debunking the myths around e liquids and e cigarettes and offers trusted information that will ensure that you enjoy safe vaping an enjoyable vaping. With this information at hand you will have all you need to decide about switching from smoking to vaping.

Donald Trump is the fake news king however fake news is most certainly not something that is only associated with the Oval Office. Here in the UK newspapers and news outlets across numerous media have been blasted for sharing increasingly dodgy articles and news, much of which is steeped more in opinion that fact. Add a sensational headline and you have clickbait which will get the work done. Unfortunately, these type of articles cause a negative public perception of vaping which may encourage individuals to dismiss it as a valid cessation device which may have helped those same people move away from harmful smoking. 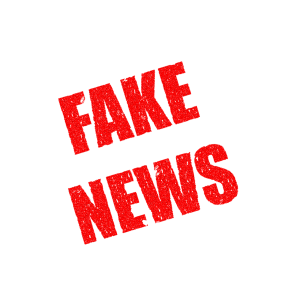 Stories of explosive incidents do not take into account the fact that more often than not these rare occurrences happen because an e cigarette has been modified because people do not take care of the batteries properly and so on. The London Fire Brigade have even stated that they prefer e cigarette use to tobacco cigarettes as they have seen first hand the damage, the injury and the deaths caused by cigarettes as compared to vaping. Safe vaping is entirely possible when common sense is employed.

Popcorn lung is something that employees of factories dealing with diacetyl, something used in the flavouring of many foods to give them a buttery taste have been known to suffer from. There were some concerns about some e liquids containing diacetyl however it was scientifically proven that vaping exposure could not cause popcorn lung.   A rebuttal was never printed or reported on though. Despite findings that popcorn lung would not be caused by diacetyl, e liquid manufacturers removed diacetyl from their ingredient lists (few used it) to show that they were listening to concerns.

At the end of the day, vaping has a lot of support from Public Health England, cancer charities, heart charities, NHS trusts and many more. They would not advocate for e cigarette use if they weren’t confident that safe vaping was easily achievable.

The Difference Between Smoking and Safe Vaping

From a health perspective, vaping is a clear winner when it comes to being a healthier option. Don’t take our word for it though. Public Health England announced earlier this year their findings that vaping is at least 95% less harmful than smoking with less than 1% chance of causing cancer. The same can not be said for smoking, far from it. As well as from a health point of view, it is clear that from a safety point of view smoking is more dangerous. Again, the London Fire Brigade have been keen to point this out. Smoking-related fires have caused much damage and heartache in the past.

Safe vaping is much easier to achieve than safe smoking(if such a thing exists!), even if you take the health complications out of the equation. This is largely due to the combustible nature of smoking and discarded lit cigarettes. E cigarettes are easy to lock and have to be activated in order to work.

The batteries that power e cigarettes are lithium batteries and are very powerful. The same type of batteries power mobile phones. It is important to charge your device with the right charger at the right power level, to not use batteries that are damaged, to not have loose batteries banging together in your pocket (otherwise you will end up on YouTube as someone with a fire in their coat pocket) and not to leave batteries next to a direct heat source, be this a radiator or in direct sunlight.

These common sense steps to battery care will make safe vaping a breeze.

All of our cheap e liquids should be stored away from pets and from children. When ingested nicotine can be toxic and make someone very ill. In order to avoid any kind of accidental ingestion, keep your one pound e liquid out of reach, in a lockable box if possible.

Once you discount the media myths about vaping you’ll see very quickly that vaping is much safer than smoking. Public Health England and other organisations have done much to share true vaping facts which has gone a long way towards helping shift public opinion in favour of vaping and hopefully encourage more smokers to leave their harmful smoking habit aside. Provided you get your vaping information from reputable sources, follow manufacturer instructions, choose reputable e juice retailers (like us) and follow these top tips for vaping safety we’re pretty sure that you’ll be just fine.